One of my long-time hobbies is marcophily, better known as postmark collecting. Despite being quite an obscure thing to do, there is a nonprofit club devoted to this, and I have been a member for 25 years. To commemorate the occasion, I was invited to receive a plaque at this year’s annual convention in nearby Fredericksburg, Virginia. I won’t spend any more time on my nerdy quirks, but that’s why I went. As if I needed an excuse to go somewhere!

I’d been to Fredericksburg before, but this time we stayed overnight and made a point to hang out downtown. It is a surprisingly cozy town, with plenty of restaurants, cafes, specialty shops and bars, and lots of historical points of interest. The first stop, naturally, was at a brewery. And if you have to pick one of them to go to, make it Spencer Devon. We enjoyed delicious burgers, which I don’t often have (the Cowboy and the Green Tomato, the latter of which is definitely not vegetarian). All of the beers were excellent and had an extra depth that I hadn’t had in quite a while. The best was Tim the bartender, who gave us several recommendations for places to go. We got to talking and left as Facebook friends. Not bad for our first couple hours in town.

We checked out The Frenchman’s Corner for some decadent chocolates, brought them over to Xquizit Coffee Roasters for a delicious pour-over and then headed to check into our Motel 6 before returning to the convention for the banquet dinner and my award. There was a postal history auction following the meal, and the two items I bid on, I won. The last stop of the night was at 6 Bears and a Goat Brewery, not far from our motel.

The next day was hot but sunny and a perfect day for being a tourist, so we hit the downtown again with a delicious brunch at FoodE, and a visit to the James Monroe Museum. We had the place mostly to ourselves, and took our time reading the family history and learning the importance of the Monroe Doctrine. It was like reliving my elementary school years, but this time I was actually interested. The museum is relatively small, and you could make it through in well under an hour. The entrance fee was $12 per person, and the museum is now run by the University of Mary Washington, which was our next stop after a coffee at Hyperion Espresso.

Our walk to the UMW campus seemed to take forever. It was really hot and was about 9-10 blocks away. Thankfully, the actual campus is shady and quite pleasant to walk through, although it was nearly as long as it was far from where we’d walked from. I wondered how students make it to classes in buildings that are so far apart. The return walk to town took us along an historic canal, and then along Washington Avenue past some monuments and stately homes to Lewis Street. Along that path were the Kenmore Mansion, Mary Washington House, and the Hugh Mercer Apothecary. There are plenty more attractions, but we were pooped from walking so much in the heat, so we were ready for another brewery!

Highmark Brewery is not in a very glamorous location, but there was parking and a band, and the beer was pretty good. Instead of partaking in the food truck on site, we decided to go back to town and have a proper dinner at Legume before returning home. I kept forgetting how close we really were to home, as this little jaunt felt like we were much further away. It goes to show that whether it’s a quick day trip or an overnight adventure, there are still plenty of places within a reasonable drive from my home of 18 years that I will always have an opportunity to explore without having to plan a big trip, or to whet my appetite for the next time I board a plane. 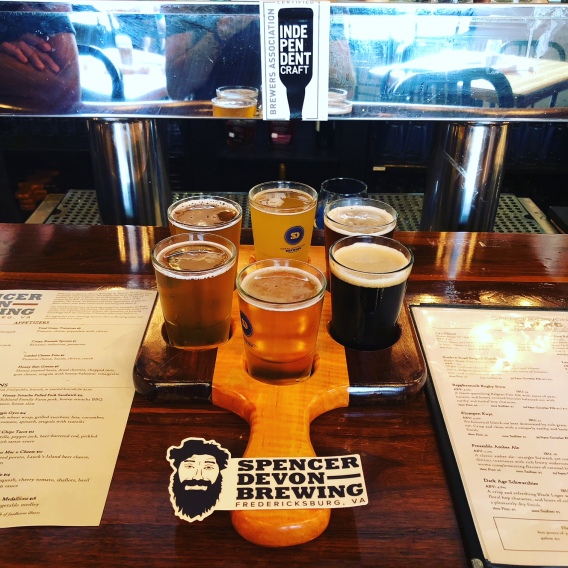 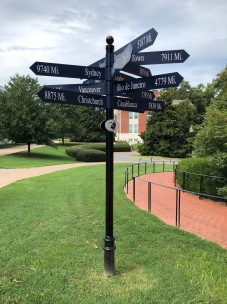 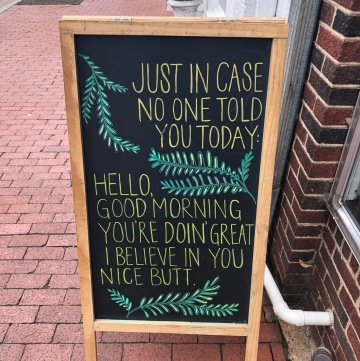